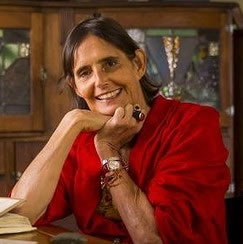 Just over three years ago, the prize-winning novelist Gillian Mears appeared at hearings on the Rights of the Terminally Ill Bill in New South Wales.

‘‘ Not a day goes by that I don’t wish that I were dead,’’ she told the hearing. ‘‘ It would be so much easier than living in a body beleaguered now by advanced multiple sclerosis. I’m in my 17th year of living with this disease and I’ve very nearly had enough.’’

Now Mears has had her wish granted. The novelist, whose last book, a beautiful children’s fable, The Cat with the Coloured Tail, was shortlisted for this week’s Australian Book Industry awards, died at home on Monday.

She was born in 1964 and grew up around Grafton with her four sisters and her agronomist father and book-loving mother. It was as a child she developed her great love for horses, the subject of her last novel for adults, Foal’s Bread, which in 2012 won the Prime Minister’s Literary Award for fiction, the Victorian Premier’s award for fiction and The Age fiction book of the year among others. The book chronicles the hard married life of Roley and Noah Nancarrow and their lives with horses on the country-fair high-jumping circuit in New South Wales before World War II.

She wrote two other novels, The Mint Lawn, which won the Vogel Prize in 1990, and The Grass Sisters, and three collections of short stories. She was diagnosed with multiple sclerosis at the age of 30, the same disease that killed her grandfather at 50. But it didn’t stop her living a full and active life.

Mears was once utterly opposed to voluntary euthanasia, but the debilitating disease that forced her into a wheelchair five years ago changed that.

When she turned 50 in 2014, one of her sisters gave her a stallion called Koru. ‘‘ She didn’t want me to die, so it was like tantalising me and now I’ve got this dream that I will sit on him at least one day and maybe be like a centaur, my legs a horse,’’ Mears said last year.

This article is from the May 20 issue of The Age Digital Edition.
Jason Steger

Five Wishes - "Don't Wait Until it's Too Late" Initiative A conversation starter for everyone. To help people plan and have an influence on the end of their life... If you suddenly became seriously ill … END_OF_DOCUMENT_TOKEN_TO_BE_REPLACED

A private member’s bill that would clear the way for assisted dying to be legalised across Australia could be passed in the Senate this week, but may not be granted the lower house vote needed to pass into law. Prime … END_OF_DOCUMENT_TOKEN_TO_BE_REPLACED

A very sad story about a brave man that granted his fathers' final wish. Importantly: Despite chronic cancer and suffering pain, the father was ineligible for Victoria’s voluntary assisted dying program. Father: Colin Stratton Son: Glenn Stratton I CAN’T DO IT MYSELF A devoted son … END_OF_DOCUMENT_TOKEN_TO_BE_REPLACED

As legislative reform around voluntary assisted dying continues across the country, one woman recalls the complex issues that arose when her younger sister grew tired of life. ‘I want to go now’: why my witty, charming sister wanted to die MY SISTER Lisa moved into a hospice by Lake Burley … END_OF_DOCUMENT_TOKEN_TO_BE_REPLACED