My husband Bryce recently passed away in the RPA hospital from incurable liver related complications.

The feeling is indescribable when you hear the words, “I’m so sorry, there’s nothing more we can do.”

When Bryce was lucid he calmly stated if given a choice he would choose to end his life on his terms with dignity by Euthanasia.

Instead Bryce suffered a cruel, undignified, gut wrenching death that our family and friends also endured because we loved him so much. Towards the end we were begging for him to die and be free. It’s raw in my psyche watching Bryce slowly waste away and wishing for his death.

The RPA Liver Transplant Team and associates, including nurses and staff on 9E, in ICU and TPU all did their absolute best. For close to a decade, they have played a pivotal role in our lives, extending world-class medical care to Bryce and unfailing support to our family with warmth, compassion and tenderness which we will never forget. We love you and remain forever thankful.
We can say this is their job, but it goes far beyond that and tears were shed on 9E when Bryce passed away. Palliative Care did their utmost but are limited within their own realm due to existing law constraints and litigation.

To be denied freedom of choice to die a dignified death is completely inhumane. It’s equally inhumane to let nature take its brutal lingering course when all existing medication is useless, except for restrictive pain relief.

Nearly 18 years since The Federal Parliament saw fit to close the brief window opened by the N.T. Government allowing the terminally ill to end their suffering by physician assisted means. Only four people managed to die with dignity during that window.

Cancer Council stats for 2012 alone confirm 43,000 people died just from terminal cancer. While not all people may choose Euthanasia we are deserving of the right to have that choice.
There are no grey areas with terminal illness. Hope doesn’t exist anymore.

Our animals are given more respect. We end their suffering because it’s morally the right thing to do. Let us die with dignity. 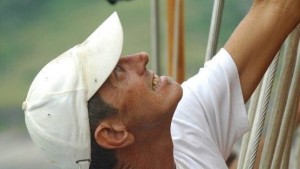 Please sign this Right To Die – Terminal Illness petition, on behalf of Bryce and all the other deserving good people past, present and future. For us all!

We remember Bryce “The Admiral”, in this photo getting ready to do what he loved most. Go sailing!

A very sad story about a brave man that granted his fathers' final wish. Importantly: Despite chronic cancer and suffering pain, the father was ineligible for Victoria’s voluntary assisted dying program. Father: … END_OF_DOCUMENT_TOKEN_TO_BE_REPLACED

Five Wishes - "Don't Wait Until it's Too Late" Initiative A conversation starter for everyone. To help people plan and have an influence on the end of their life... If you suddenly became seriously ill … END_OF_DOCUMENT_TOKEN_TO_BE_REPLACED

Over 70 per cent of Australians support the legalisation of voluntary euthanasia. Despite this overwhelming backing, there is still no law. In fact, the issue has been voted down 13 times in the South Australian … END_OF_DOCUMENT_TOKEN_TO_BE_REPLACED

A very sad story about a brave man that granted his fathers' final wish. Importantly: Despite chronic cancer and suffering pain, the father was ineligible for Victoria’s voluntary assisted dying program. Father: Colin Stratton Son: Glenn Stratton I CAN’T DO IT MYSELF A devoted son … END_OF_DOCUMENT_TOKEN_TO_BE_REPLACED

As legislative reform around voluntary assisted dying continues across the country, one woman recalls the complex issues that arose when her younger sister grew tired of life. ‘I want to go now’: why my witty, charming sister wanted to die MY SISTER Lisa moved into a hospice by Lake Burley … END_OF_DOCUMENT_TOKEN_TO_BE_REPLACED

December 2020 - Madrid: Spain is on the brink of legalising euthanasia after a parliamentary vote that has riled right-wingers and the Catholic Church. A bill backed by the leftwing coalition government and several other parties was passed by 198 votes to 138. The main opposition conservative … END_OF_DOCUMENT_TOKEN_TO_BE_REPLACED