Terminally ill Victorians could have up to two years to seek a physician assisted death, with the Andrews government’s advisers contemplating whether to set a longer-than expected time frame in the euthanasia laws to be introduced this year.

Patients with a broad range of conditions could also end up being eligible to make such requests – including people with cancer, motor neurone disease, and heart failure – but those with dementia will not be included under the proposed framework.

Months after Premier Daniel Andrews announced that an assisted dying bill would be put to a conscience vote in the Victorian Parliament , an advisory group established by the government has examined some of the controversial issues that will underpin the debate.

In an interim report to be released within days, the group has mostly backed the assisted dying framework proposed last year by a parliamentary committee, which would give Victorian adults access to a lethal pill prescribed by their doctor – provided they have decision-making capacity and are suffering from ‘‘ a serious and incurable condition and at the end of their life’’ .

However, in the absence of a clear time frame defining what ‘‘ the end of their life’ ’ means, the government’s advisory panel is considering a number of options, including six months, 12 months, or 24 months. ‘‘ The parliamentary committee proposed that a person should have a disease that was going to end their life within ‘weeks and months’ and have ‘intolerable suffering’ – so that’s a fairly narrow scope of conditions when you look at other jurisdictions around the world,’’ said taskforce chairman Brian Owler, a former president of the Australian Medical Association.

‘‘ But there are a range of conditions that need to be considered because they have different trajectories in terms of people’s illnesses. That includes things like motorneuron disease, but also end-stage heart failure and respiratory failure, as well as the most common group, which of course is cancers at the end stage. We have to look at how all of those conditions might fit into the legislation.’’

The panel’s interim report was based on almost 100 submissions and meetings with about 300 individuals across the state, including doctors, lawyers and police. While it only summarises the feedback the panel was given (clear recommendations will be made to the government in a final report later this year) it has nonetheless thrashed out some of the critical issues that will underpin the government’s legislation.

It is understood the interim report also:

Backs giving doctors the right to hold a ‘‘ conscientious objection’ ’ to physician-assisted death – similar to the provisions that allow them to refuse abortions in Victoria.

Pushes for medical specialists to have advanced qualifications before they can help patients die.

Rules out people with dementia qualifying for an assisted death because people must have decision making capacity to make a request.

Raises the idea of criminal sanctions in a bid to ensure strict safeguards against exploitation.

The debate over voluntary euthanasia is set to reignite in the lead up to next year’s election, with many MPs at odds over whether to introduce assisted dying in Victoria.

Within cabinet, more than half of Labor’s MPs support a shift, including Mr Andrews, who had a change of heart following the death of his father last year.

However others say they will not support the legislation, including Deputy Premier James Merlino, Opposition Leader Matthew Guy and DLP crossbencher Rachel Carling-Jenkins .

Assisted dying: conditions and time frame could be widened under new laws 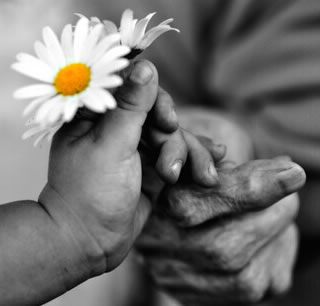 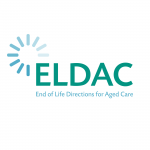 Dying with Dignity NSW is a not-for-profit, advocacy organisation who have been campaigning for the legalisation of voluntary assisted dying for decades. It would like to see a law introduced in NSW that would enable … END_OF_DOCUMENT_TOKEN_TO_BE_REPLACED 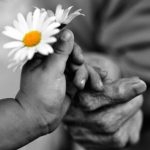 A very sad story about a brave man that granted his fathers' final wish. Importantly: Despite chronic cancer and suffering pain, the father was ineligible for Victoria’s voluntary assisted dying program. Father: Colin Stratton Son: Glenn Stratton I CAN’T DO IT MYSELF A devoted son … END_OF_DOCUMENT_TOKEN_TO_BE_REPLACED